The Kyrgyz Republic is a Central Asian country. It shares its borders with Kazakhstan in the North, Uzbekistan in the West, Tajikistan in the South-West and in the East and China the South-East.

Is Kyrgyzstan good for tourists?

Very honestly, Kyrgyzstan is not a particularly famous tourist destination. However, our recent visit to the country changed our minds!

If you are a nature enthusiast and enjoy mountain hikes, we strongly recommend a trip to the country. You can witness stunning views of mountain lakes, gorges and canyons, valleys and waterfalls. Surprisingly, Kyrgyzstan is also an ideal destination for those who love ancient art. You can find a plethora of Bronze Age artifacts here.

5 Best Places To Visit In Kyrgyzstan:

3. Museum of History of Kyrgyzstan. 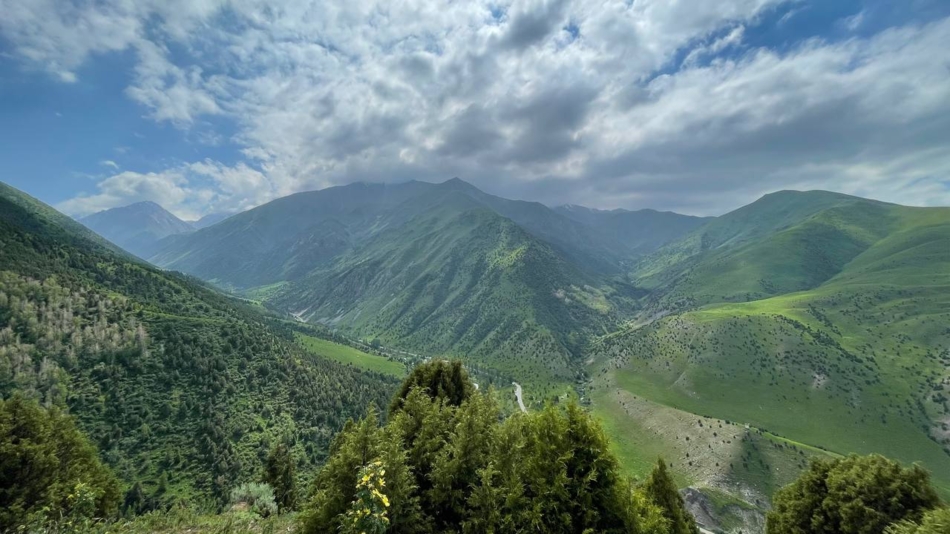 1. National Park Saymaluu-Tash - A quintessential experience in the lap of history

The creation of the National Park Saymaluu-Tash dates back to the beginning of the 20th century. In 1902, the military topographer Nicolai Khludov was working in the valley in central Kyrgyzstan when he found these images on the stones and rocks. 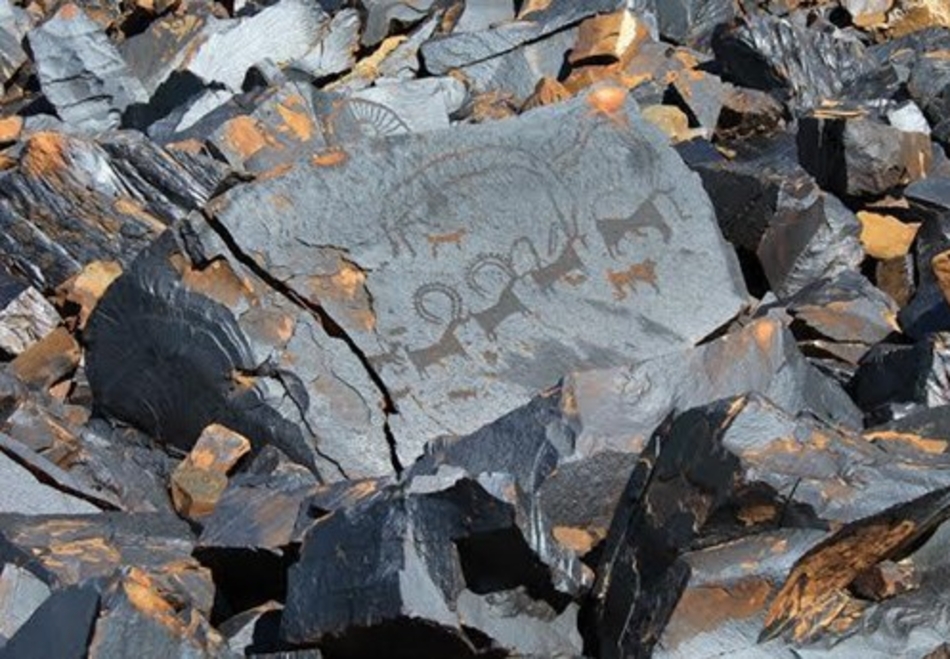 These were, in fact, petroglyphs, i.e. rock paintings dating back to the III-II millennium bc. The images depict a variety of wild animals, and scenes of hunting, ritual dancing and harvesting. Saymaluu-Tash boasts over 90,000 such petroglyphs. This likely used to be a sacred place, perhaps a temple in ancient times. The national park Saymaluu-Tash was created with the intention to preserve this place. It is now a UNESCO site. 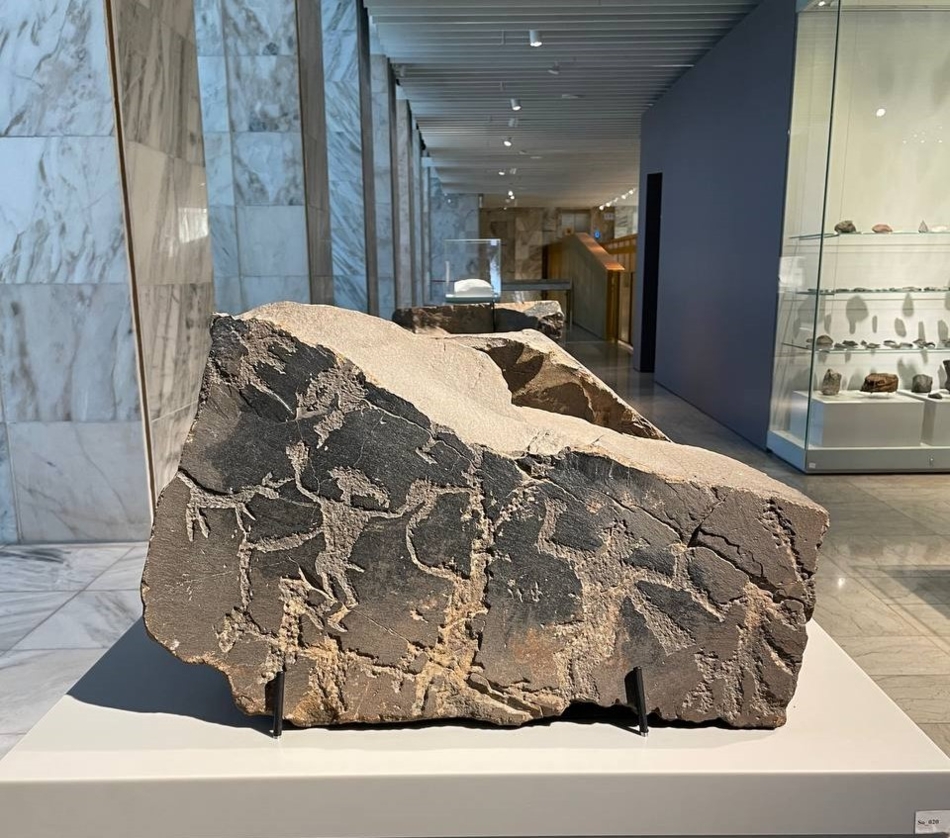 Kyrgyzstan has some breathtaking mountains at the Tian Shan ridge. In popular culture, the Khan Tengry summit was believed to be the house of the supreme god of the Turko-Mongolic pagan religion - tengrism.

In the 1960s, the area became the backdrop of renowned Kyrgyz writer Chingiz Aitmatov’s books. Aitmatov’s works are full of folktales and love for his homeland. Exploring the power and beauty of these mountains through this famous writer’s words is indeed a wonderful experience.

Upon arrival in the capital of Kyrgyzstan, Bishkek, you can plan a trip to Tian Shan which is only a day away. There are a variety of routes that you can explore here. If you ask us, we’d recommend visiting the Kegeti Gorge and enjoying the picturesque views of the mountains and the waterfalls. You could also visit the Shamsi Gorge, located in the South-East of Bishkek. If you’re more of a lake person rather than waterfalls, the lake Kol Tor awaits you. If you want to live the true nomadic lifestyle, try staying in the traditional yurts of Kyrgyzstan.

Located only seventeen kilometers away from Bishkek is another jewel, the Ala Archa national park, approximately 1600-4800 meters above sea level. The name of the park can be translated to motley juniper, and these can be found everywhere in the park. The river banks of Ala Archa serve as a perfect picnic spot. You can take in the aesthetically pleasing landscape of prairies and the forestry mountains behind. The paths for hikers are clearly demarcated and there is even a shelter for the alpinists. 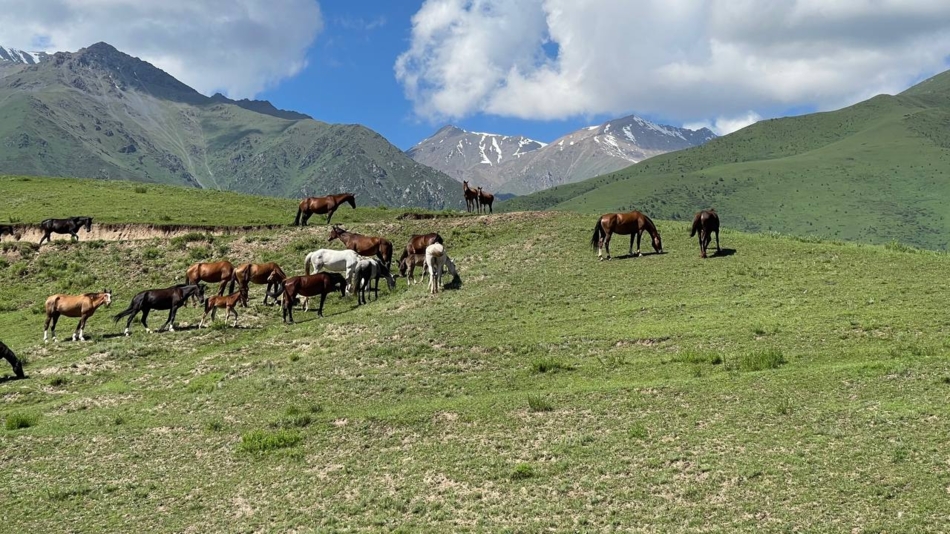 3. Museum of History of Kyrgyzstan

If you're staying in Bishkek, you cannot skip a visit to the Museum of History of Kyrgyzstan. Here, you can discover the history of the country, right from the Bronze Age up till the modern days. The exposition begins with the remains of the ancient people and petroglyphs with solar symbols. Models of the prehistoric mounds and unique altars for sacrifices dated V-III century B.C. can also be found here. 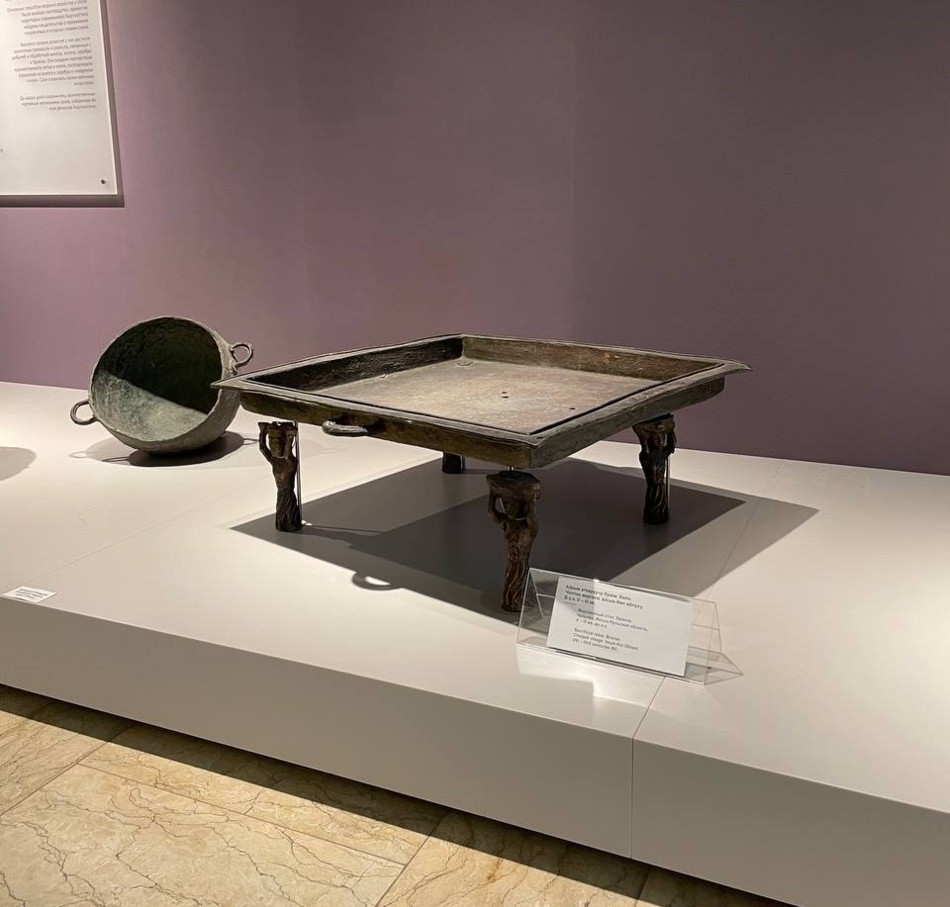 The museum also tells the story of Kyrgyzstan during the era when the Great Silk Route traversed the country. Various religions such as Zoroastrianism, Tengism, Buddhism, Christianity and Islam cohabitated peacefully in the religion. 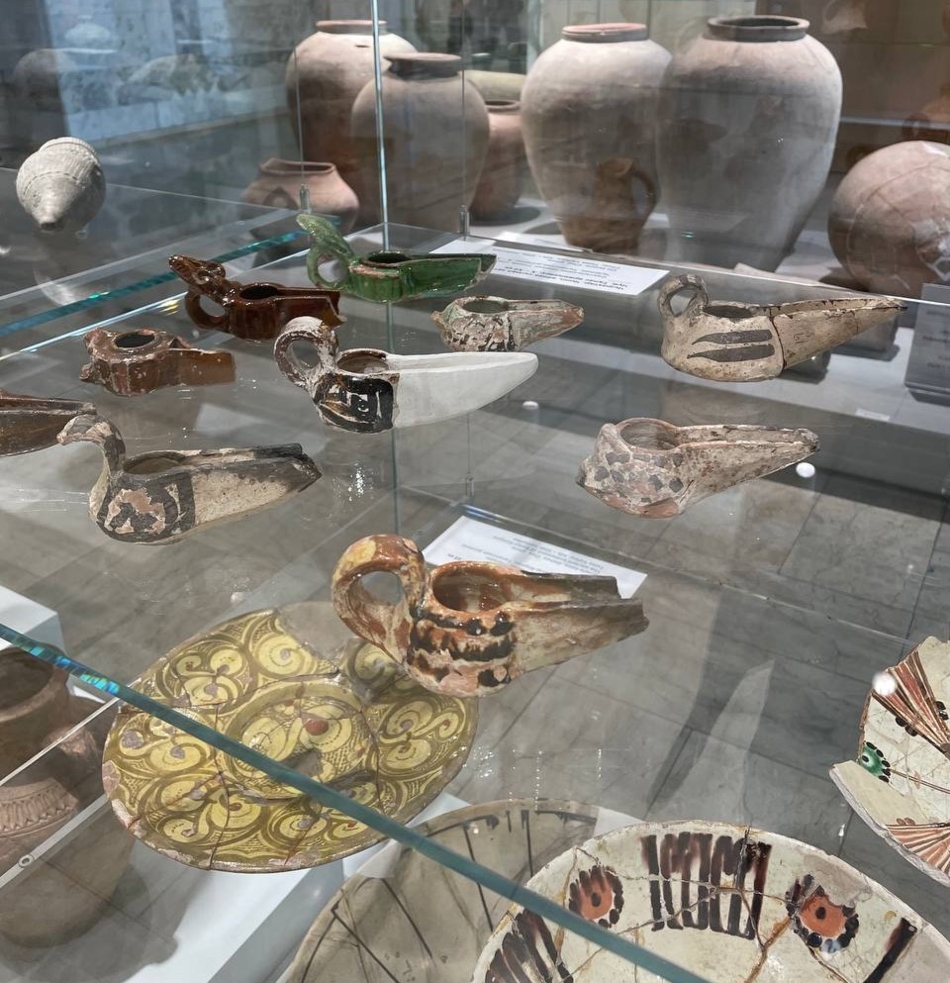 An entire room is dedicated to showcasing the oldest Kyrgyz crafts - carpet weaving and felting.

4. The Issyk Kul Lake - the diamond of Kyrgyzstan

One of them tells the story of the formation of the lake. According to the legend, a ferocious ruler fell in love with a woman and decided to kidnap her from her village. Another man, with whom the woman was in love, subsequently rescued her. The ruler did not stop there and kidnapped her once again. He locked her in a dungeon. Out of desperation, the woman jumped from a window of the dungeon and killed herself. The death of this young woman did not go unnoticed. A higher force punished the ruler. The mountain water flooded the valley where his palace was located and submerged the entire area. This place is now known as Issyk Kul lake.

Cut to the present, the charming waters of the Issyk Kul attract locals and tourists alike. There are plenty of hotels near the lake, alongside both stone and sand beaches. During September and October, the number of tourists decreases and the lake assumes a serene and peaceful look.

There are several gorges around the Issyk Kul that can be reached by car. You can drive to the Grigoriev Gorge, which will allow you to witness spectacular views. 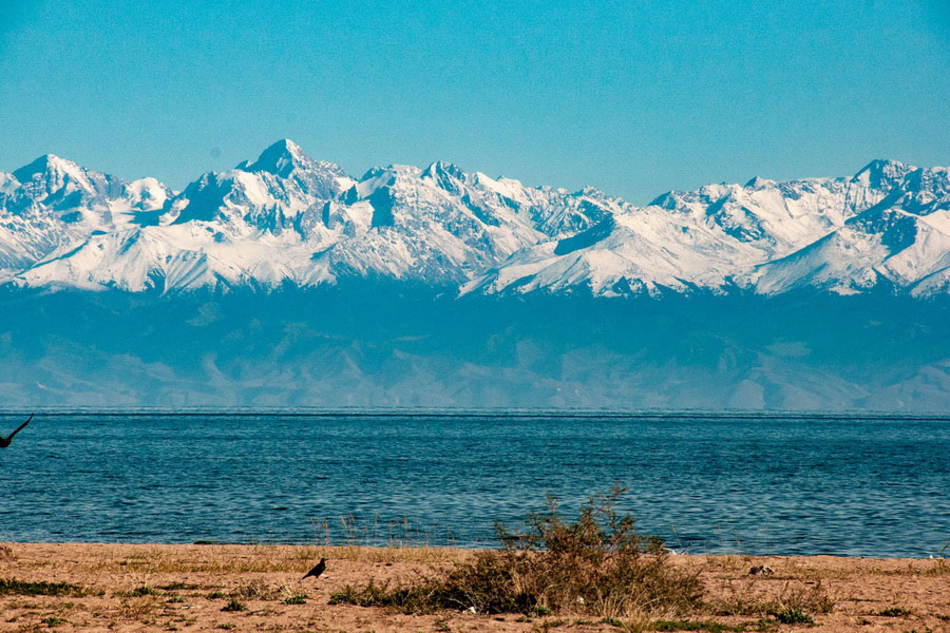 5. Poppy Fields – A must for your Spring vacay checklist

Kyrgyzstan takes on an entirely different and delightful, blooming vibe during Spring. One of the most beautiful flowers one can find here is the red poppy.

The allure of Kyrgyzstan's poppy fields can be compared to the lavender bloom in Provence, France, that is attended by tourists every year in June and July. The scene is gracefully set with bright red fields, coupled with green hills and high mountains with snowy peaks that are sure to win your heart.

The blooming starts in the fields and then moves to the foothills near Bishkek. Locals usually visit the countryside every year to see these exquisite fields full of poppies. The blossoms can be easily seen till the end of June, so we’d advise scheduling your trip in a manner that you don’t miss them!