Prominent Russian film critic, journalist, radio presenter, blogger and podcaster Anton Dolin was recently forced to flee to Riga, Latvia due to death threats over his opposition to the war.

Dolin has previously spoken out against Russian laws banning “gay propaganda” and supported the Belarusian protests in 2020.

Art de Vivre met Dolin in Paris, where he came to give a lecture on Russian culture in exile, to talk about how art can help navigate tough times, Russian propaganda, and his future projects in Europe. 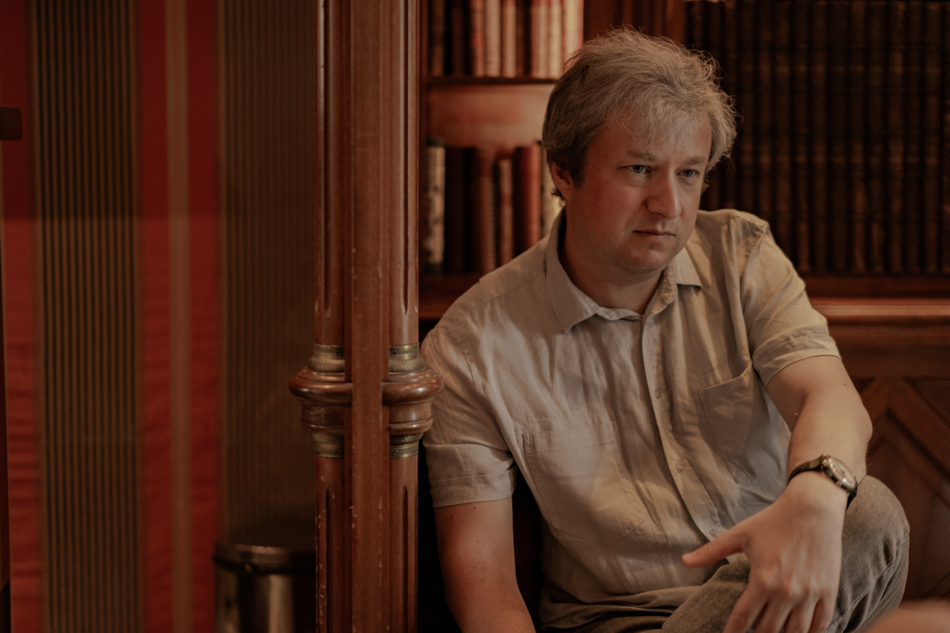 What is the role of culture during troubling times? How does it help you?

Cannes Film Festival, my favourite festival, has helped me a little. But I have found it very difficult to watch movies recently. I find it easier to watch documentaries. Documentary cinema helps us empathise with other people. I recently watched the terrific documentary film ‘No Obvious Signs’ by Alina Gorlova (AV: Ukrainian filmmaker, director, and screenwriter), about a female major in the Ukraine Military Forces who was rehabilitated in a sanatorium near Kyiv. When I am looking at a real person, instead of an actress, it touches me more. I have noticed that what touches me deeply relates to my current political life.

Your ancestors were medical professionals. Do you think is it possible to create a film which could be used to treat mental illnesses?

Certainly. Art therapy works in various forms and has worked since antiquity. There is a site in Greece called Epidaurus that has the best-preserved ancient amphitheatre, where nowadays a theatre festival takes place. Next to the amphitheatre, lies the huge temple of Asclepius — the god of healing. Art was an important part of the treatment.

But it is different for each person. For example, I had a very difficult time watching films and reading in recent months. I have been reading a really interesting book by Houellebecq (AV: French author, known for his novels, poems and essays), which is only 600 pages long, for over two months. Music however has helped me tremendously from the beginning. Music is healing. I felt so much happiness for the first time when I went with my son and wife to a Sparks concert recently. After they played, I thought "God, it feels so good". 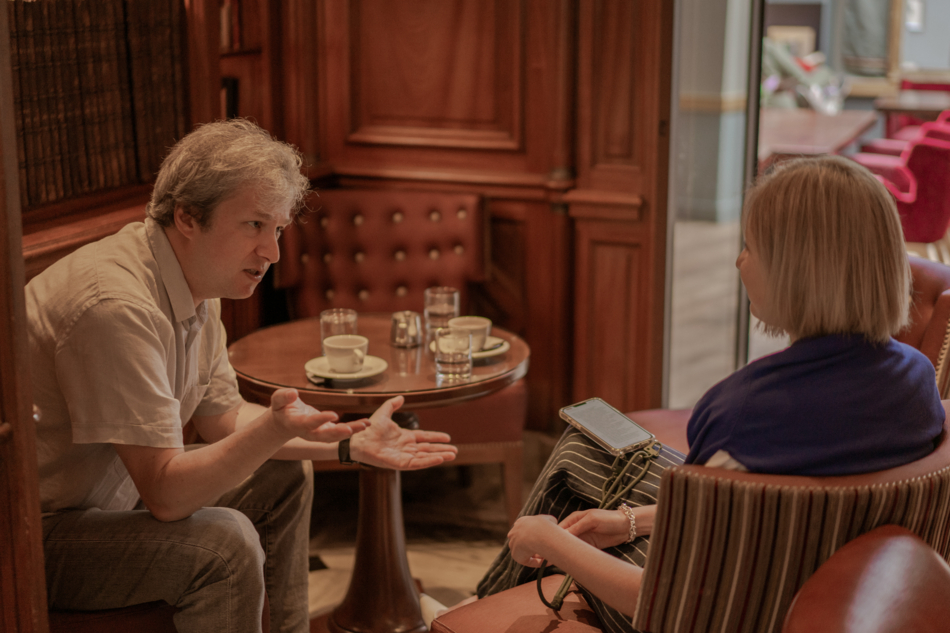 What is Art de Vivre for you?

I would not like to imitate anyone else's art of living. But of course, there are people whose attitudes I slightly envy. Luis Buñuel (AV: Spanish filmmaker, who has been widely considered by many film critics, historians, and directors to be one of the greatest and most influential filmmakers of all time) is one of my idols. A great man. I have always admired that he shot almost all his films from the first take. He utterly disregarded the perfectionism that is supposedly typical of geniuses. He did not give the actors any instructions. And that is beautiful. I think that is the right approach: not to complicate things. My other idol is David Lynch (AV: American filmmaker, painter, visual artist, actor, musician, and writer). I don’t practise transcendental meditation, but as he says in his book, ‘Catching the Big Fish’: "We have been taught for centuries that an artist must be unhappy to be a genius. I think everyone should practise transcendental meditation and be happy. An artist should be happy.”

You often say that you never leave home without a book. What do you have with you today?

I have a French novel with me, which was last year’s Prix Goncourt winner — La Plus Secrète Mémoire des Hommes by Senegalese author Mohamed Mbougar Sarr. It’s a divine book about a young Senegalese novelist who discovers the existence of a missing book published by a black writer in Paris in 1938. 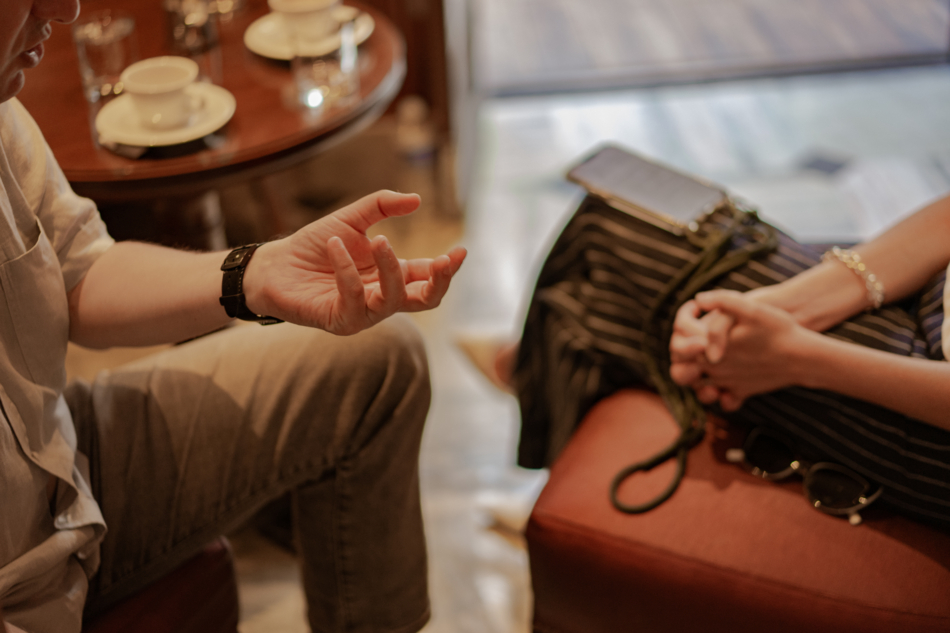 Can foreigners really understand the relationship between Ukraine and Russia through cinema, literature or other arts?

You can’t understand Ukraine and Russia solely through culture. Recently the film ‘Maidan’, by Sergei Loznitsa (AV: a film about the Ukrainian Revolution of Dignity of 2013-2014, the filming happened during the mass protests in winter 2013-2014) was screened for a German audience at the Academy of Arts in Munich. One of the spectators said that she was repulsed by the aggression in this film, and that there was too much violence.

But it is possible to feel the free Ukrainian spirit by reading Taras Bulba or the Evenings on a Farm Near Dikanka by the novelist of Ukrainian origin Nikolai Gogol, for example.

One can also gain some understanding through music. There is a considerable difference between Edison Denisov, Sofia Gubaidulina, and Schnittke — Russian composers — Giya Kancheli, a Georgian composer, and Valentin Silvestrov, who is Ukrainian. Schnittke admired Silvestrov and called him the most talented composer of their generation. 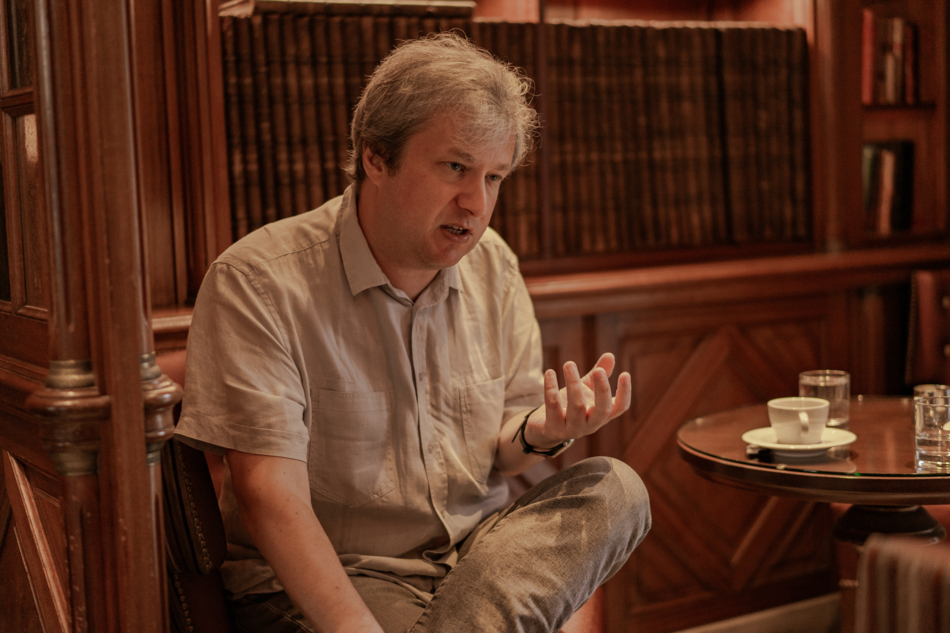 How does Russian propaganda work, in your opinion?

Russian propaganda is never spread through art. It is spread through mass media, through the internet, and through television. Films like ‘Salvation Union’, ‘Crimea, and Crimean Bridge’ failed in cinemas. No one went to watch them.

Propaganda has nothing to do with journalism. It defeated journalism, but it was not a fair game. Putin has been fundamentally destroying journalism all these years. Propaganda, meanwhile, is being fed with huge amounts of money and opportunities. 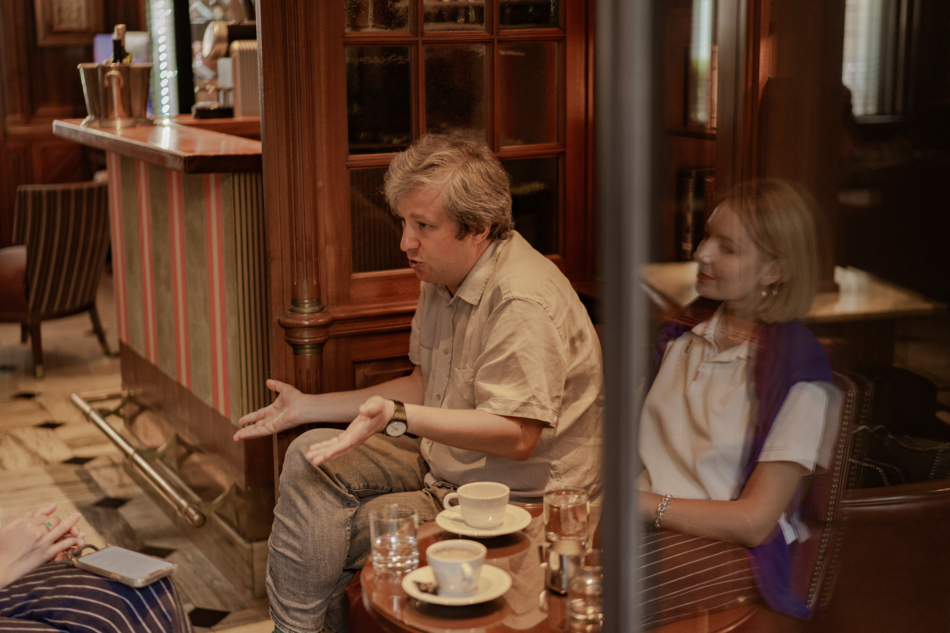 What projects are you looking forward to working on?

I am planning to write an article about Jafar Panahi this autumn (AV: Iranian film director, screenwriter, and film editor. Panahi was arrested and sentenced in 2010 to six years in prison and a 20-year ban on making or writing films, travelling or even speaking in the media. However, he continued to work and live in Iran.) He is way more appreciated in Europe than in Iran, where his films are largely banned.

I am striving to discover a form of cinema that acts as a kind of resistance to the system, to the regime, to censorship. Cinema is a very clumsy, slow and disproportionately expensive medium of culture. How can cinema, being so subservient, resist? Panahi seems to be the answer to that question.

I have only been away from Russia for three months. I keep hoping to go back and continue what I have been doing there. I know I am most needed there, even now. But it has just become technically almost impossible to exist and work there without very strict self-censorship, and I do not want that.

Editor’s note: This interview was edited for brevity and clarity.